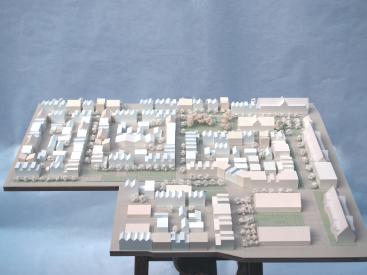 Following the withdrawal of American forces Heidelberg City Council was faced with the task of developing a new urban design concept for the 9ha former military compound site. The competition brief was to develop a design which could be sympathetically integrated into the existing structure of the Borough of Rohrbach. The competition acheived a high level of public involvement; the public contributed to the development of the brief, the judging criteria and members of the public formed part of the judging panel. The objective of the design competition was to establish an overall concept for the site which included proposed types of buildings, proposed mix of use, proposed access arrangements and detailed design proposals for public and private realm, responding to local context. 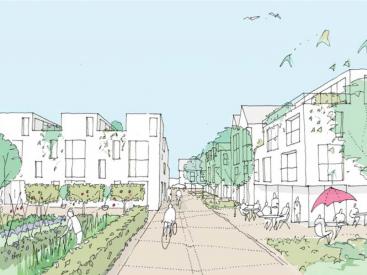 URBED’s entry saw the Heidelberg Rohrbach site as an opportunity to create a new heart to the southern edge of the city.  Our approach was based on creating a new urban centre that would be both a vibrant and attractive place to live but would also serve as a central point to the surrounding residential areas. The mixed-use neighbourhood would include new cultural and commercial facilities along with a number of high quality open spaces that would animate the site and make it a place where people wish to both live and visit. Located on the tram route the site is well served by public transport. As part of connecting the site to the surrounding area we saw the potential to create a new boulevard along Karlsruher Str that would humanise the existing road, provide greater visibility of the site to those passing and provide better access to the tram stops. Our entry to the competition was based on a plot-based approach to urbanism.

We do not claim this to be a new idea – in fact we took inspiration from the historic core of Heidelberg.  From our analysis of a series of plots from Heidelberg centre we saw a clear structure of deep linear plots accessed from the street. These plots would have been sold off to a variety of developers, individuals and organisations –  the result being a rich mix of different building uses, types and styles that sit within a strong urban framework. Our entry sought to introduce a similar framework or trellis that would enable smaller developers to construct the city. 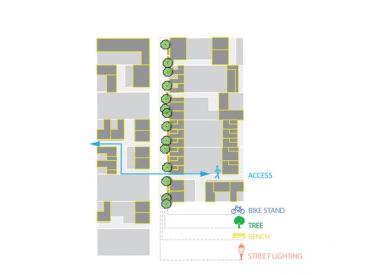 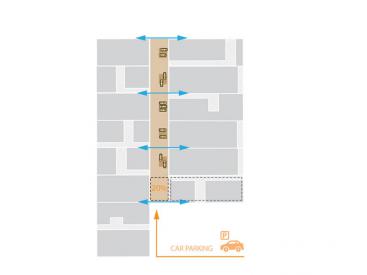 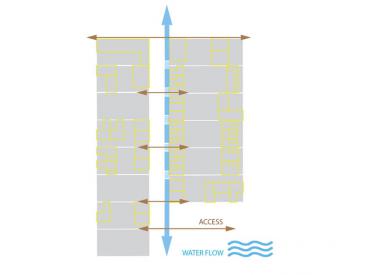