This new paper assembles a mass of research, including plenty of insightful maps and charts, to offer fresh solutions to the problems of changing direction, achieving inclusive growth, funding local infrastructure, planning for smarter urbanisation, (what in the USA is called Transit-Oriented Development), and implementing a step change. Nicholas Falk shows how to overcome the many road blocks, which are more political than technical, in the hope that experiments will be launched in areas with strategic growth plans and ambition to build something better.

To double house-building and strengthen local infrastructure, politicians must agree on how what Ebenezer Howard called the ‘unearned increment’ from development is to be shared. Many years of running study tours and participating in international conferences have shown the importance not just of ‘proactive planning’ but also how funding and delivery mechanisms can produce better results over several decades. (Nicholas Falk’s blog Postcardfromthefuture explores the success of such approaches from cities as different as Copenhagen and Eindhoven, Portland and Pittsburgh.)

As the UK is reluctant to raise taxes to Continental levels, the easiest solution is to raise charges in the highest valued areas on both developing new homes and also on under-used land. Richer areas need to pay for their own infrastructure, with national taxes going to areas in need of regeneration, if only to create a fairer and more balanced country.

URBED’s winning entry to the 2014 Wolfson Economics Essay competition showed how Oxford could double in population by applying Garden City principles, and taking just a little land on their edge, with the uplift in land values being enough to build new transit systems and country parks. These latest recommendations generally involve applying existing powers, such as the use of development corporations. However Local Infrastructure Financing Trusts are proposed to package funding, while a Municipal Investment Corporation modelled on the Dutch state bank would oversee investments to avoid foolhardy schemes. By reducing risks housing can be made more affordable without a loss of quality.

Some of the proposals are contentious, so Nicholas suggests a Royal Commission to be set up to consider ways of reforming property taxes, taking up the recommendations of the Mirrlees Review from the Institute for Fiscal Studies and the many other think-tanks that have explored the issues. Such proposals he feels will not only boost confidence in securing concerted improvements, but also rebuild local capacity to plan and deliver.

Nicholas ultimately believes that in the current political turmoil and after a decade of austerity, we need what some call a Green New Deal where planning produces results, not just argument.

Dr Nicholas Falk is executive director of The URBED Trust, and is currently the representative for the UK on the Union’s European COST action research network on capturing land values www.puvaca.eu. 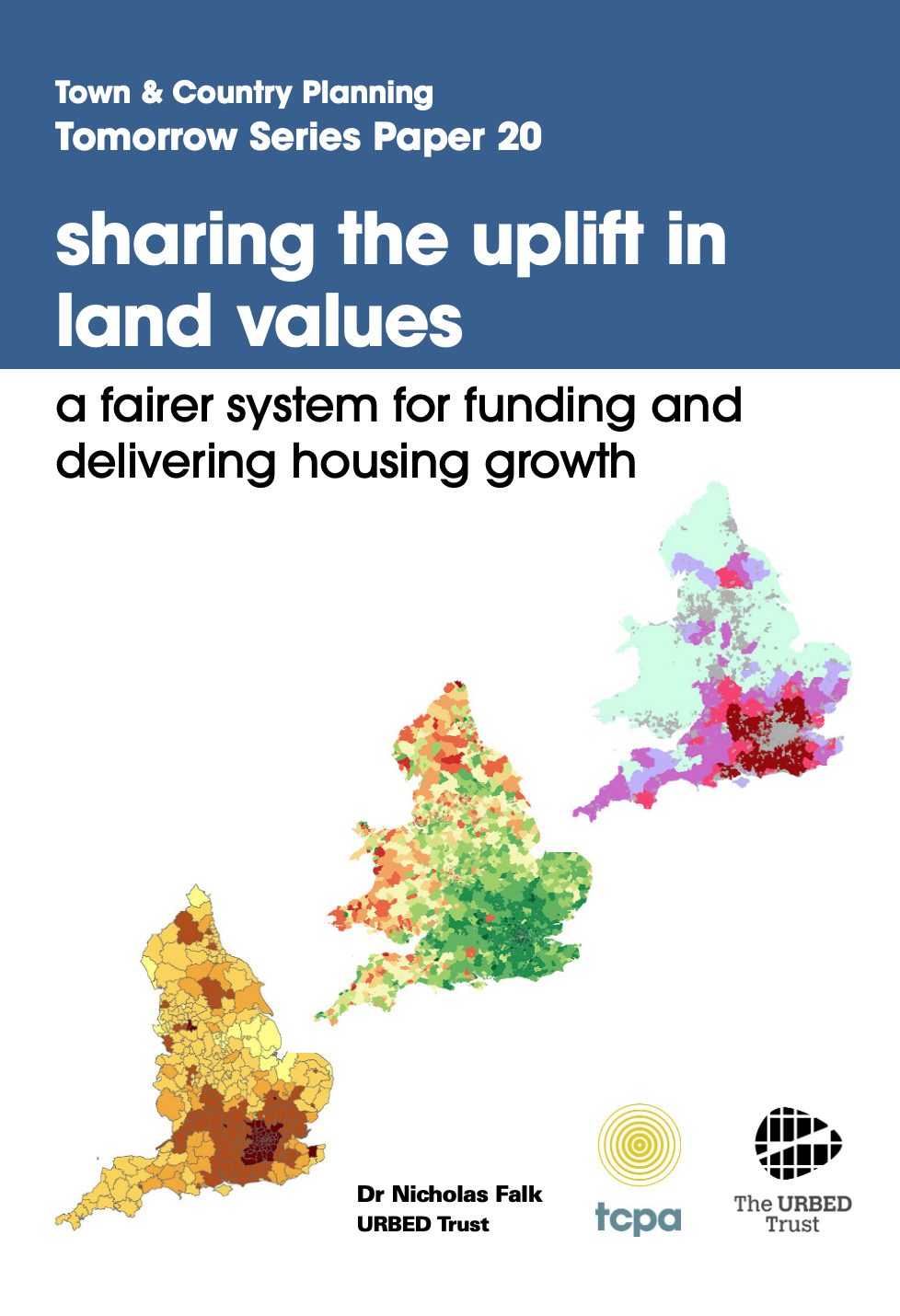