Working with the Urban Design Group, the trust has organised two symposia in London, and a third in Tamil Nadu. The trust’s main project is testing out the application of garden city or ‘eco neighbourhood’ principles to the growth of medium sized cities through locating new housing where it will have the least environmental impacts and the most social and economic benefits. 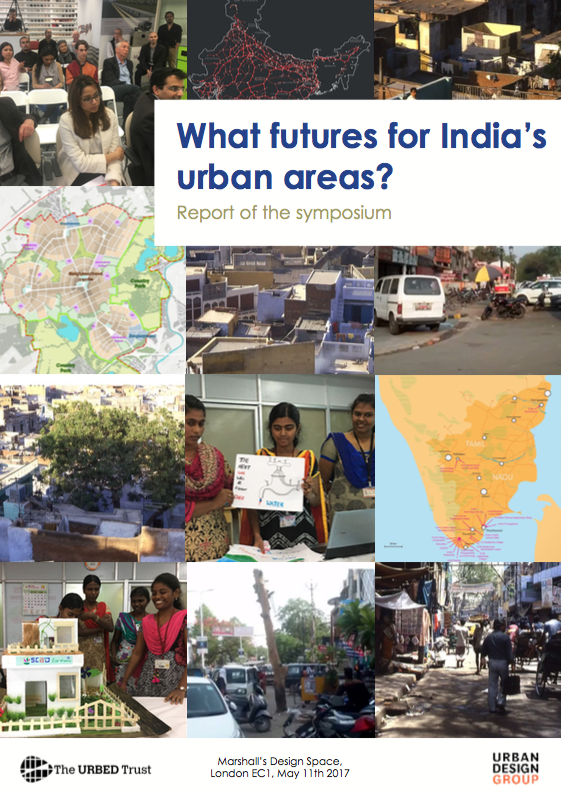 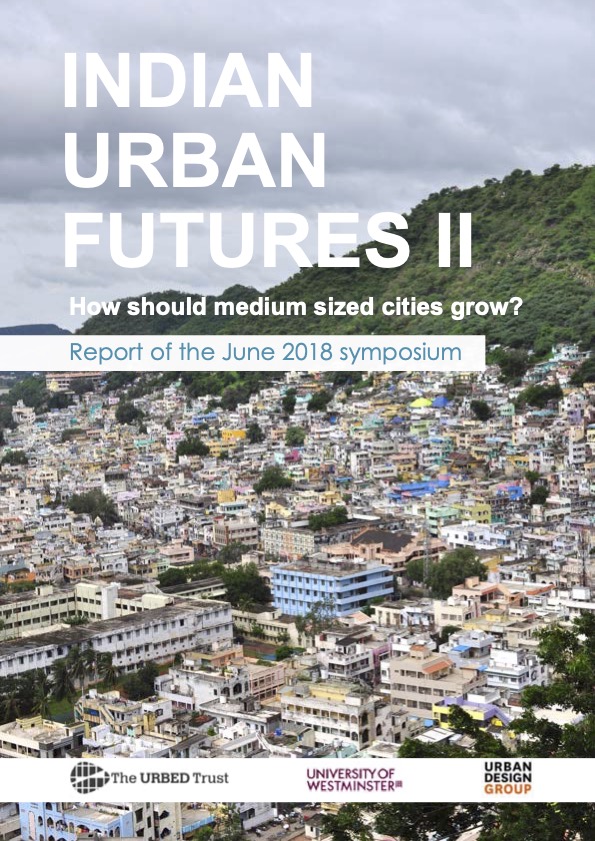 Working in partnership with SCAD (Social Change and Development) and the Nirman Trust, Nicholas Falk has funded the design and construction of the first of a series of low energy houses. These are intended to be affordable to India’s fast growing middle class. The lessons for sustainability are being shared with a range of colleges, including a project with post graduate engineers at the Centre for Sustainable Development in Cambridge University. 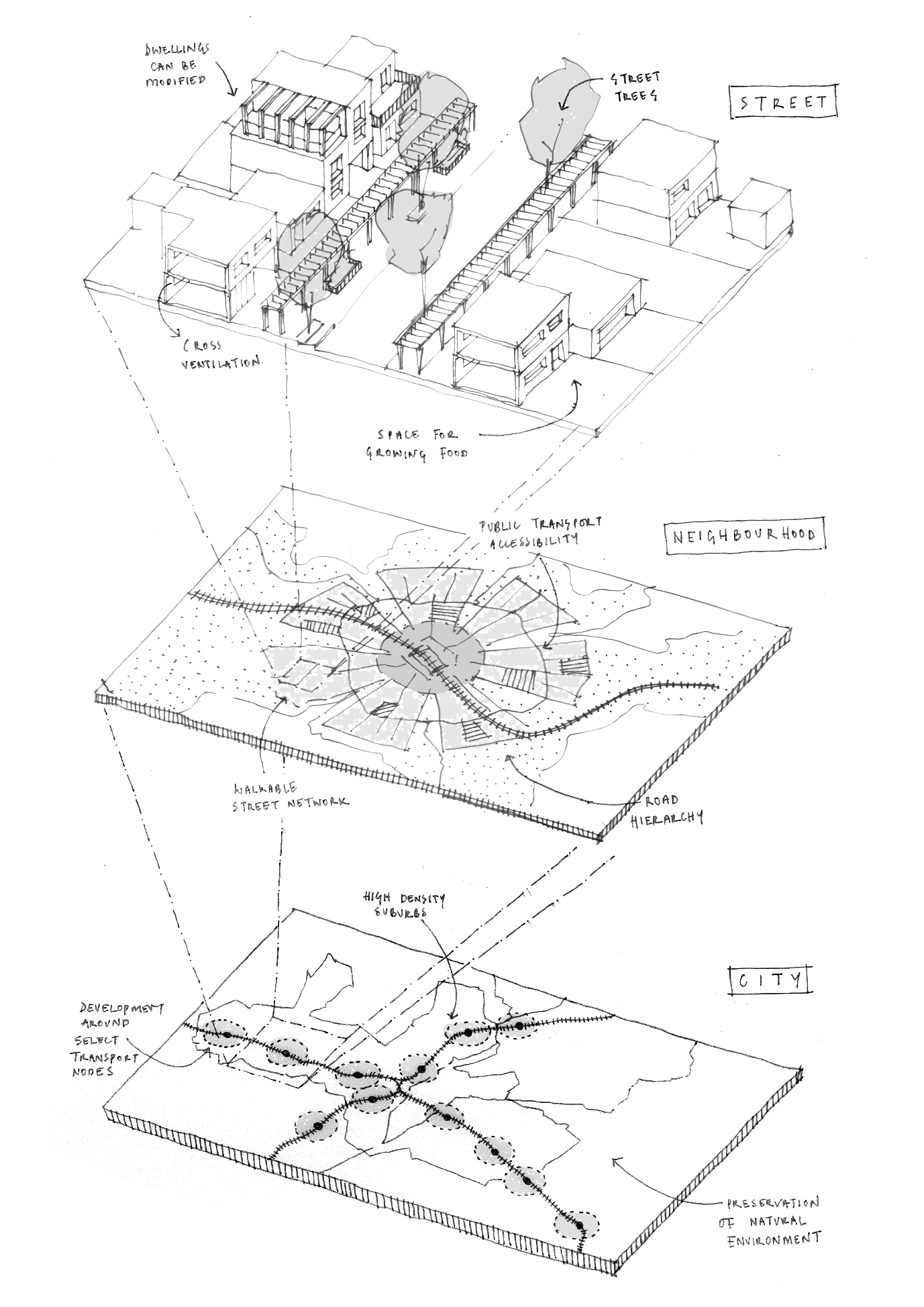 Academy of Urbanism – ‘Here and Now’

A series of publications written by Nicholas Falk for the Academy of Urbanism’s Here and Now journal since 2015. 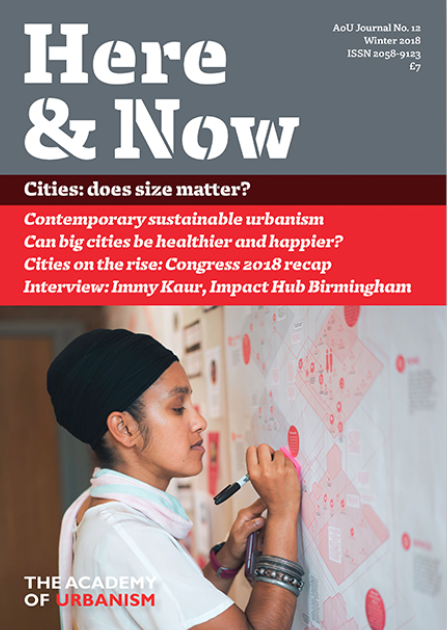 In searching for the secrets of successful cities, a good place to start is a new report from OECD, Metropolitan Century, on urbanisation and its consequences, writes Nicholas Falk AoU. The Paris based Organisation for Economic Co-operation and Development has an unparalleled overview of the factors that drive economic success. In a comparative study with the European Union, they have delineated almost 1200 cities across 29 OECD member countries with more than 50,000 inhabitants. Among these are 275 metropolitan areas with more than 500,000 people accounting for half the total population. The metropolitan areas accounted for half of the OECD countries economic growth between 2000 and 2010.

2. Great British Plans: and how to avoid future waste – Spring 2016

Reflecting off Ian Wray’s recent book Great British Plans, Nicholas Falk AoU argues for a rethink in the way that major infrastructure projects are planned and funded in Britain, and puts forward three fundamental principles against which to judge their success.

Following the recent publication of Urbanism, a compendium of the Academy’s Great Places from 2009-2013, Nicholas Falk AoU asks whether quantitative data could be used to support the qualitative assessments of the award judges. Two recent reports, ‘Competing with the Continent’ from the Centre for Cities, and European Union study: ‘The State of European Cities 2016’ may provide some clues.

The Urbanism Awards provide important inspiration and lots of good ideas for what a great city, neighbourhood or street should look like. But how to get there from here remains largely unresolved and involves tackling social and economic as well as physical issues. So in this review, Dr Nicholas Falk AoU considers a few recent guides, before suggesting what place leadership might involve.

In this article Nicholas Falk AoU connects the evolution of ideas on capital and competition, with the digital revolution that is shaping the growth of cities and suggests how we could use multiple criteria to reshape the growth of towns and cities.

The profusion of reports and recommendations on how to ‘fix’ the UK’s broken housing market, and double housing output makes it hard to see a practical solution. Following up The Academy of Urbanism’s response to the Housing White Paper, which focuses on improving quality, Nicholas Falk AoU illustrates what is possible, given the will.

A message to the UK government in response to Fixing our broken housing market, the housing White Paper of 2017

A five part series of publications written by Nicholas Falk for Town and Country Planning since 2015. 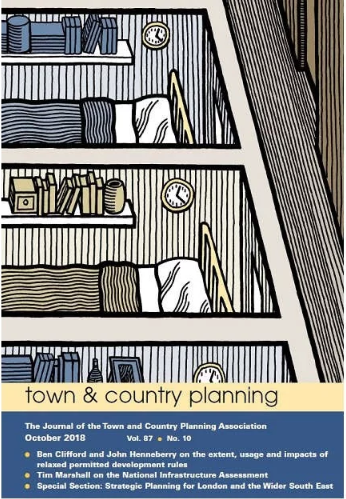 Developing an urban policy for the 21st century based on agglomeration economies, devolved power, and smarter growth that links development with transport.

3. Achieving smarter growth in London and the South East – August 2016

A look at the challenges facing London’s suburbs, and a suggestion that London could grow better if development efforts were to be concentrated on transport nodes and corridors.

A more strategic approach to planning could better join up infrastructure capacity with new development, improving the lives of future generations.

A look at how planning for housing and infrastructure can be linked together to get better value from public investment, by using multi-criteria analysis to assess strategic options and then by sharing the uplift in land values.